Throughout Heritage Horizons we had over 530 direct beneficiaries and 535 indirect beneficiaries, this reflects participation through placements, group and outreach learning, digital engagement through peer-to-peer webinars and the development of Gaelic resources.

For examples of participation, please see below: 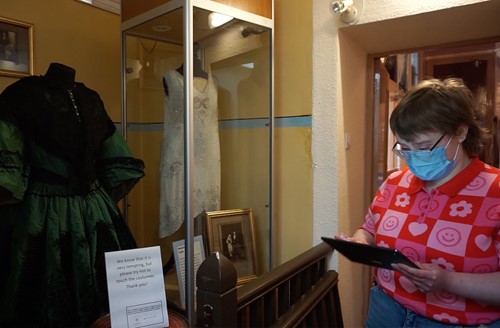 ‘I feel this is a really good working model to get young people into heritage, as it has given me a lot of skills that are needed for the sector… it has brought me more involved with my local heritage sector and the museum itself [Castle House Museum] which I wouldn't have been able to do otherwise’

Iona Tytler (22) undertook her Heritage Horizons placement at Castle House Museum, Dunoon. Over 12 weeks she worked alongside the Castle House Museum manager to learn about all aspects of the museum, from front of house to accessing archives in order to create great visitor experiences. Originally from Dunoon, Iona is interested in social and gender history and working to uncover underrepresented narratives often not featured in popular history. Iona focused on the museum’s clothing collection and her display is currently on show at Castle House Museum along with text about Dunoon’s Suffrage movement available to view online. 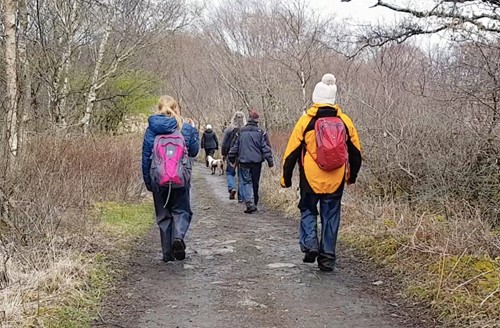 ‘This placement has helped a lot, I wanted to be more involved with the heritage community on Mull. Before I started this placement I didn’t really know too many people involved with [the Heritage sector] …. I have learnt palaeography, we also got to do tour guide training and I think that helped a lot as someone who struggles with confidence.’

Abbie McFadyen (19) worked with the Chair of the Argyll and Bute Museums and Heritage Forum, Anne Cleaves, to uncover the archaeology of Ulva and research the social history of Ulva’s people. The placement allowed Abbie the freedom to highlight the causes for the island’s depopulation, celebrate and amplify the stories of everyday people and discover the famous and infamous peoples of Ulva. Abbie organised and led a walking tour of Starvation Row on Ulva with support from Ulva’s Lesely Davies, and also achieved a Scottish Tourist Guide Association Certificate, Saltire Award and a Heritage Hero Gold Award. 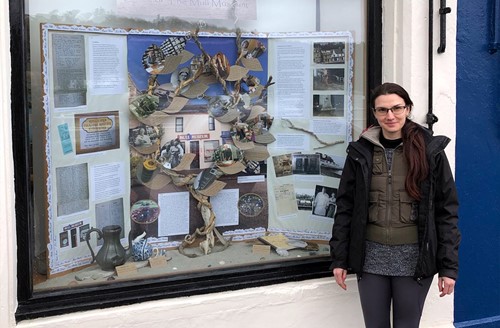 To celebrate Mull Museum’s 50th anniversary Beáta worked with Mull Museum to learn about archives, object handling and collections. Through learning about island life and investigating the stories of Mull she developed her research skills and used them to curate a window display to celebrate the Museum's history and achievements. Beáta achieved a Saltire Award and Heritage Hero Award. 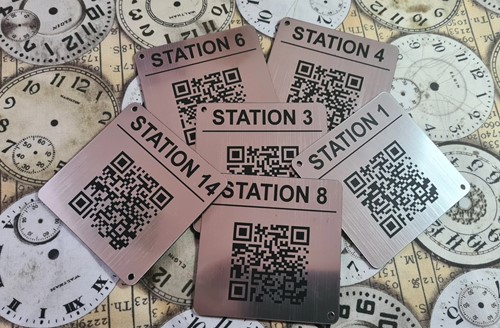 Sam (22)  undertook a twelve-week Heritage Horizon placement working with Friends of Kilbride to develop a digital self-led heritage trail at the Historic Environment Scotland Scheduled Monument site. Using his love for archaeology he researched the site and with the help of a specialist mentor, created a digital heritage trail. Sam also achieved a Saltire Award and a Heritage Hero Award. 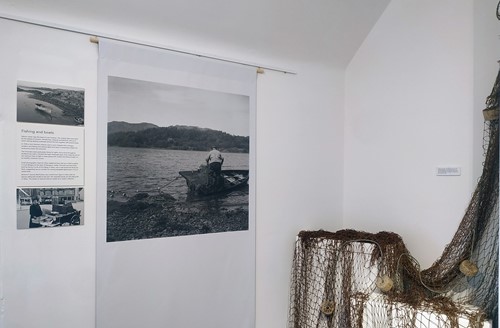 Neerja Sutaria (23) is an aspiring museologist and recent master's graduate from Glasgow University who undertook a 12 week Heritage Horizons placement at Dunollie Museum, Castle and Grounds in Oban. Throughout her placement, Neerja achieved a Heritage Hero Gold Award and Satire Award.  Neerja learned about museum work from the bottom up, working on all aspects from tour guiding to front of house to handling historic objects. To mark the end of her placement, Neerja worked on the new Hope McDougall’s photography exhibition. 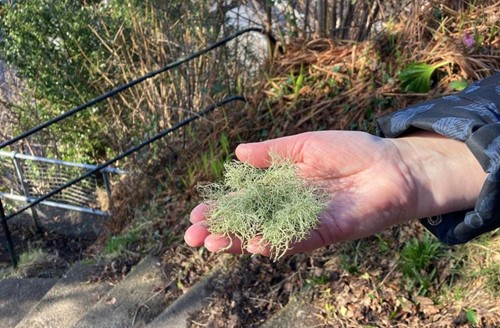 Naoko Mabon carried out a placement in her capacity as a curator and group leader, who has worked with The Rockfield Centre to help develop a heritage dye garden alongside dye expert Deborah Gray. As part of the Heritage Horizons initiative, Naoko and Deborah ran family heritage and art workshops engaging young children and worked with the Young Archaeology Club in Oban to engage young people and teach them about natural and urban heritage in their project ‘Oban Heritage of Colours’. Naoko achieved a Scottish Tourist Guide Association Certificate and a Heritage Hero Gold Award. 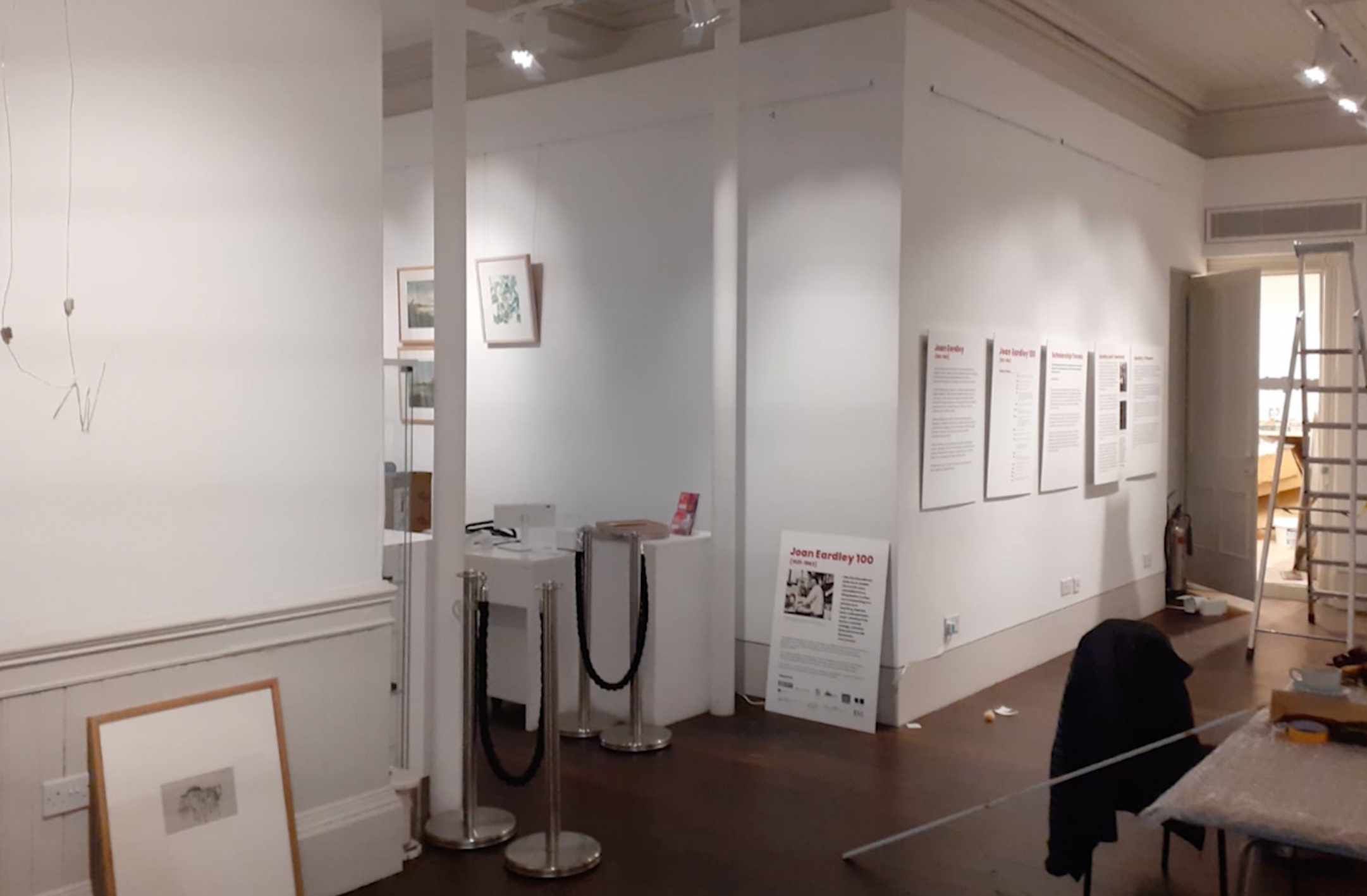 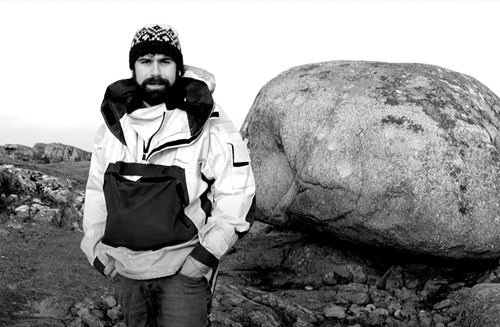 Jamie (25) is a musician living and working on Tiree, during his placement he used his music in conjunction with virtual media and reality, supported by Screen Argyll. To interpret the heritage of Tiree, Jamie researched and investigated the history of the island and decided to highlight natural history by making a film about the Ringing Stone. Guided by Screen Argyll he developed storytelling, digital and film skills and choreographed new music. Jamie achieved a Heritage Hero Gold Award, you can view his film and view the 3D scan he created on our Celebration of Achievement page. 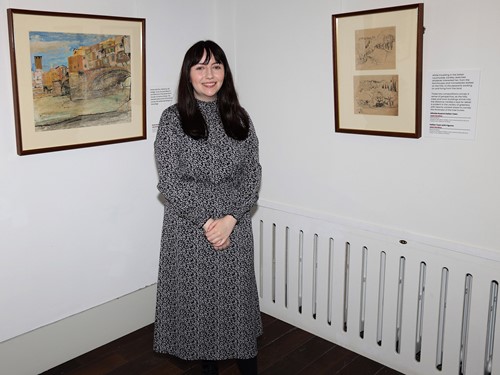 ‘Opportunities like this are important because it gives young people the opportunity to work on projects they might not necessarily be exposed to, it lets them develop new skills and lets them have an input into something they might not have otherwise had the opportunity to do… The experience I have had been really positive, everyone is really supportive and is really enthusiastic about having placements on board’

Working towards creating an exhibition at Dunoon Burgh Hall to mark 100 years since Joan Eardley's birth, Amy developed curatorial and exhibition display skills to celebrate the work of one of Scotland's most popular female artists. Amy undertook research trips to museums and galleries, developed interpretive text, helped to create an exhibition programme and learnt about how to work with external loans courtesy of the Argyll Collection. Amy used her interest in art history and art preservation to achieve a Saltire Award and a Heritage Hero Gold Award. 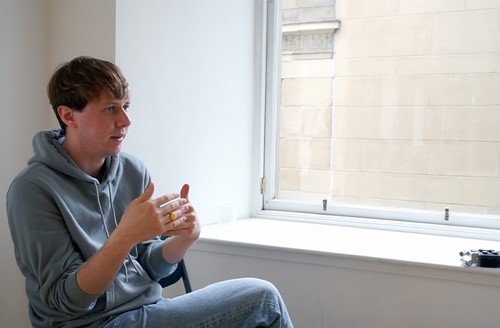 Jack McElroy is an artist who works with Scottish identity and social history. Jack undertook his placement at Dunoon Burgh Hall working alongside Amy Johnstone in helping to mark 100 years since Joan Eardley’s birth. During the placement, Jack undertook research trips to archives, galleries and museums to learn about creating interpretive text and also worked to develop an exhibition programme. During the JE 100 exhibition at Dunoon Burgh Hall Jack showed his degree show film which was directly inspired by Eardley’s work available to view online. Jack achieved a Saltire Award and a Heritage Hero Gold Award. 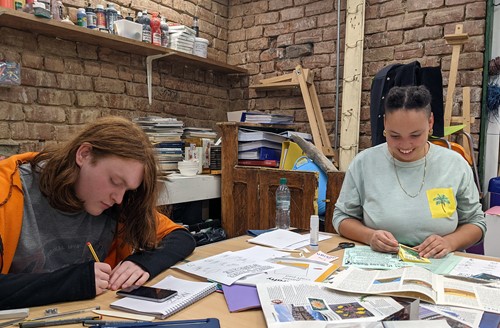 The Zine making workshop allowed young people aged 16- 25  the opportunity to create a second edition of the Dunoon Burgh Hall Chronicles, researching the Halls heritage from 1872 when MacArthur Moir donated land for the building of a hall, to the present day, when the Burgh was bought by the community for £1 and saved from demolition. By learning about self-publishing and DIY Zine culture, members of the group achieved a Bronze Arts Award from the Trinity College, moderated by CHARTS as a registered moderation centre.

Workshops were led by artist Sandi Kielmann and took place at Dunoon Burgh Hall from 4 November to 16 December.

View one of the Zines created as part of the group workshops at Dunoon Burgh Hall.