CHARTS supported the Drey workshop over two projects linked to EVOLVE, which enabled Karen to finesse a work she had been developing for several years. CHARTS financial support allowed Karen to refine ideas, experiment with imagery found in Argyll and make a body of work in response, while CHARTS staff supported Karen with how her Fragment Project could be engaged. Out of this support, Karen was able to develop work that communities could interact with, as the finished pieces, and allowed Karen’s work to ‘live’ outside her studio.

Fragment resulted in hundreds of highly decorated glazed ceramics fragments placed in earthenware ‘lady pots’ to be placed at sites of public interest around Tighnabruaich. Those who discovered the work were invited to take away their own fragment. Karen was supported by CHARTS Communications Coordinator, James Coutts, who discussed the involvement of social media in recording the fragments’ journeys. Through conversations, it was decided the works would be interacted with in real-time giving them uniqueness. This allowed for organic conversation around the work to develop when they discovered the fragments, as documented below:

“CHARTS support has made it possible for Drey Workshop to engage with the local and wider community, which has resulted in our practice becoming more relevant in our setting. Links have been created and future plans for projects discussed with local groups. Working in the creative industries can be isolating, especially in a rural environment, and CHARTS has facilitated a more ‘expansive’ outlook.” Karen McPhail 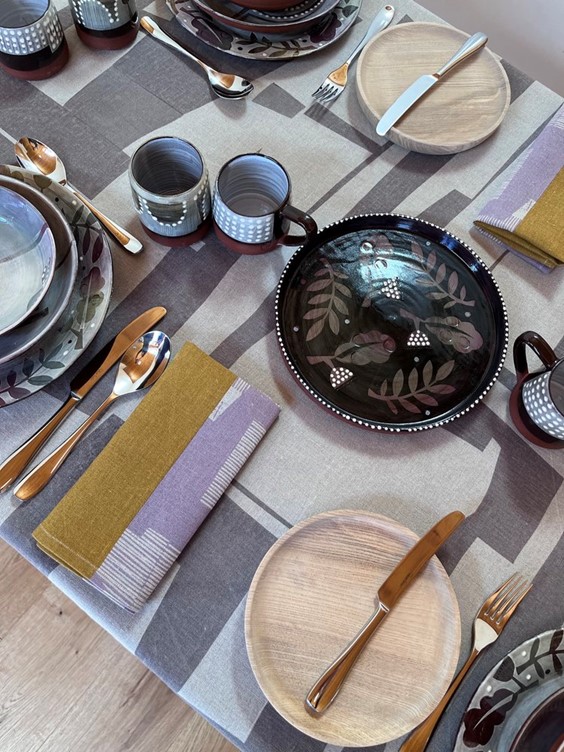