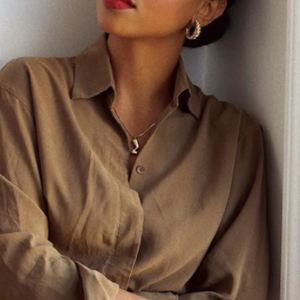 The ability to communicate is linked to the ability to understand words. Thus, it is crucially important to define words and share their meanings with other people. Although most words have accepted definitions, the cases of misunderstanding appear and may result in conflicts and even manipulations (political, social, or racial). In order to illustrate this idea, the word “future” and its definitions are discussed.

The concept of future is a material for speakers and writers to appeal to their audience. According to the Oxford Dictionary, this word is a noun that means:

1. A period of time following the moment of speaking or writing; time regarded as still to come.

1.1. Events that will or are likely to happen in time to come.

1.2. The likely prospects for or fate of someone or something in time to come.

1.3. A prospect of success or happiness (Definition of Future in English).

The meanings of the term under consideration are established. However, when people have a conversation about the future, a number of synonyms may be applied, including: times to come, tomorrow, hereafter, potential, prospective, etc.

Apart from words with similar meanings, the future may be defined as something that is likely to happen or exist at a time after the present. This description does not give a sense of what it might look, feel, taste, smell, or sound like but makes people think and imagine for themselves. This space for imagination with no established limits is one of the major reasons of misunderstanding and manipulation in the context of conversations about the future. People tend to believe that everything is possible in the future. For this reason, one may give a number of examples saying that, for instance, in the future a human race will colonize Mars. In the present this thought seems to be legit. It is also easy to use comparison to the past in relation to the future. In this case, the space-time continuum helps to find analogies.

The future is an abstract notion that may imply positive and negative connotations depending on the accent. When readers see a phrase that has a reference to the future in it, they start to analyze the information, and an “analysis helps to understand whether an idea is a good one or not, or whether a policy should be followed or not” (Roen, Glau, & Maid 186). For example, Obama in one of the speeches said: “Yes, we can heal this nation. Yes, we can seize our future” (Obama Speech). Here, a political function of the future is creating an image of the better time and stressing the need to change it. In the speech, the future presents “a prospect of success or happiness” (Definition of Future in English) that can be achieved if to trust the politician.

Words are instruments, and with a right emphasis they may be used to influence people. Abstract notions such as “future” and their definitions (synonyms, descriptions, examples, and comparison) prove this idea in actual practice.