Message to the Earth: Out in the Mountains 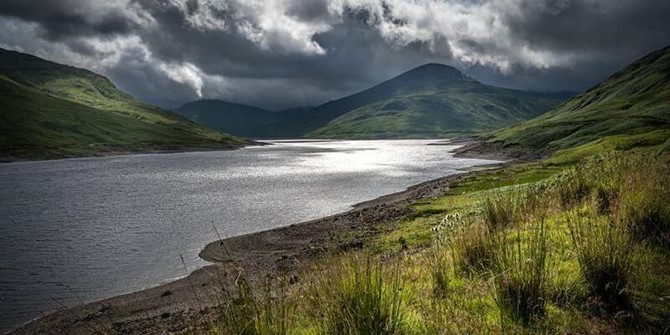 Artist Judith Parrott, one of the Colmcille 1500 Award recipients with her work Rionnach Maoim: Cloud Shadows, has since gone on to create two new films that continue to explore the importance of Gaelic culture and its intrinsic connection to the landscape.

Her short film, Muigh san Aonach: Out in the Mountains is showing at Dunbar Townhouse Museum and Gallery between 4 September and 31 October. The film has been selected to be a part of the John Muir Exhibition, Message to the Earth, and will be shown alongside the work of seven other artists. It was made initially as part of the GUIR! residency for the UEFA Euros fan zone and was supported by Glasgow Life and Bòrd na Gàidhlig. During the residency, Judith explored the role of The Cailleach as creator of Scotland, maker of mountains and goddess of the weather. Alongside singer Gillebride MacMillan, they focused on The Cailleach’s presence in place names in Scotland, particularly in Judith’s home region of Argyll, and looked at the balance The Cailleach represents in Gaelic culture, between the needs of the wilds and the needs of people.

Extending on this work, Judith’s new short film, titled A' Chailleach, will be showing at a free online event on 21 October at 7 pm, presented as part of The Dear Green Bothy. The Dear Green Bothy is a collaborative cultural programme from the University of Glasgow’s College of Arts, showcasing creative and critical responses to the climate emergency. The film will be presented alongside a talk from Dr Alasdair Whyte, a research fellow in Celtic Onomastics, and a song sung by Gillebride MacMillan, written during the GUIR! residency.

You can register for this free online event through Glasgow University's Dear Green Bothy website.

Judith’s work for the Colmcille 1500 Awards also incorporates four Gaelic poems written by Gillebride MacMillan, and can be viewed here. This work will be physically shown at The John Muir Trust Alan Reece Gallery in Pitlochry in 2022.