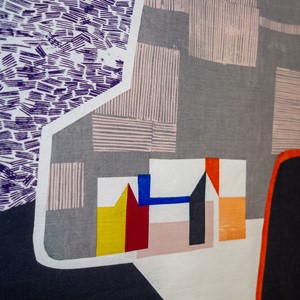 Reading And Discussion Of The Well At The World's End

Posted by An Tobar & Mull Theatre

The event will start at 2pm with a reading by Alexander Maris and will be followed by a discussion of the themes and threads of The Well at the World’s End.

“This project is much more expansive than a line on a map. It is more like branching tributaries of thought (and diverse philosophies and practices) conjoining upon ‘Lorn’ whose estuarine ‘beyond’ is – for myself at least – the symbolic Well at the World’s End.” Alexander Maris

For more than twenty-five years, Alexander and Susan Maris have collaborated to produce images and objects which reflect the cultural histories of the Scottish landscape.
In 2017 they were commissioned by Cultural Documents to extend their territory of interest through a long-term, research-led approach into the maritime district known historically as Lorne. They brought their deep-knowledge of the signs and symbolism of the historical Scottish landscape to a series of encounters with people in the area; these became activated by the artists’s stories, enquiries and reliquary objects (stones, seeds and water which symbolise the elements of interest), and the coinciding interest of the people with specialised knowledge.
Alexander and Susan Maris have developed the first in a new series of artworks which introduce The Well at the World’s End comprising tapestries, photographs, texts, drawings, Oghams, and the water of sacred wells which seek to unravel the character of the marine and geological area known as Lorne.
Exhibited at An Tobar Gallery, Tobermory, Isle of Mull until October 2019, with further research, events and exhibitions in and beyond Argyll during 2020.