Place Makers is part of Microcluster Networks, a research project created and delivered in collaboration with Dr Michael Pierre Johnson from The Innovation School at Glasgow School of Art to investigate the impacts of creative collaborations in Argyll and the Isles.

The Place Makers aspect of this wider research into network development was funded by a grant to CHARTS from Creative Scotland's Create: Networks fund. This enabled CHARTS to open applications for three creative collaborations that focused on place making in Argyll and the Isles from January to July 2021. Each selected group looked specifically at working with local arts, heritage or industry and how they would engage with communities and regional organisations in ways that enabled places to thrive. Over the course of the Place Makers project, CHARTS supported each group by continuing to develop membership networks through access to expertise, videography and co-evaluation sessions that aimed to cultivate a microcluster culture. Microclusters in this context are a group of businesses, organisations or people in a specific local region who can organise and collaborate around their shared social, cultural or economic interests. This encourages resource and knowledge sharing that led to benefits for those involved and their local economies by creating sustainable and resilient social, creative and business networks.

SO:AR Island Collective comprises three artists living and working on the Isle of Jura who formed the Take Flight project for Place Makers. Take Flight resulted in a series of workshops and collaborations that took place across Jura aiming to engage local residents and visitors. Their work focused on how to host creative projects that were centred around locals. Along with how creative practitioners could link up with other islands to build microclusters that focus on placemaking through celebrating and supporting island life.

We used Michael’s Creative Growth Model to capture their development.

From working with the Take Flight project, SO:AR came up with a question: ‘What do we learn from engaging with ‘lost’ practice if we come to it with knowledge of new practice?’

With this they decided to explore how their practices could relate to island life, specifically island life post-pandemic. Take Flight looked at the idea of slow growth, focusing on island living to come up with new ways of working that they coined as ‘slowcial practice’. This focused on how to engage with island communities socially by slowly taking time to understand Juras unique social climate and adapt their project to meet these needs and conditions. They developed cross-island relationships with Jen Skinner of Screen Argyll to access funding for Take Flight to host a weekend film festival titled ‘Tailwind’. In hosting these events and talking to the local community, Take Flight learnt how their work and events they deliver can meaningfully engage Diurachs (Jura Islanders) and visitors to the island.

Through Take Flight, SO:AR wanted to develop an island microcluster by building relationships between themselves as artists living on an island and creating opportunities for collaboration. To do this the three artists experimented with how they could strengthen their relationship. Placemaking was at the heart of this experiment with the artists using slow living to communicate with each other, by taking walks or cycling to a physical community dropbox they set up as a playful way to exchange information. Over time, SO:AR shared their form of social practice with practitioners from other regions of Argyll and the Isles, such as Dunoon Goes Pop by testing out their drinks, and proactively socialised with locals and visitors to the island by creating a pop-up, roadside cafe on Jura, documenting conversations and taste-tests in a friendly exchange of cultural practice.

At the beginning of Take Flight, the artists decided to develop their identity and would apply this during the course of their project. By exploring their collective identity, as island artists, they came up with a clear sense of who they were and what they wanted to do for their community, and so SO:AR (and their process) was established:

Synthesise - bring elements and ideas together to create new things.
Organise - work as a group, work with others, utilise their skills.
: The colon which appears in SO:AR is important as it highlights how the ideas on either side of it are interdependent.
Act - use what they make and organise and take it into action.
Reflect - interpret and consider what they have done, think about how to develop and move forward.

By creating an artist collective model that is accessible to others, Take Flight ensured SO:AR were creating work that was reflective of needs in their local situation and environment. A result of this was the Tailwind weekend film festival on Jura. Premiered during the festival, SO:AR worked with local schools to create a short film, ‘Forward to the Past’, that playfully explored what islanders could reconnect to if they had a time machine. The festival activities connected to existing island people and culture to enhance experiences of the islands, was well-received and ensured SO:AR and future events could build and be modelled on it.

Take Flight enabled exploration of SO:AR’s market growth less as a business model but as something that could create supportive networks for cultural production on the Island. To do this, they involved and listened to Diurachs (Jura Islanders), and explored alternative models with cultural producers and makers on other islands. Take Flight has provided a living project that has begun to build a robust network to explore what projects and practices would succeed on islands such as Jura, challenging some preset ideas of what can sustain collective models of arts practice. This way of working used by SO:AR is an example for other creatives and in turn, aims to help influence funders of island arts and culture to allow flexible creative opportunities, outwith the models developed and applied in urban contexts. 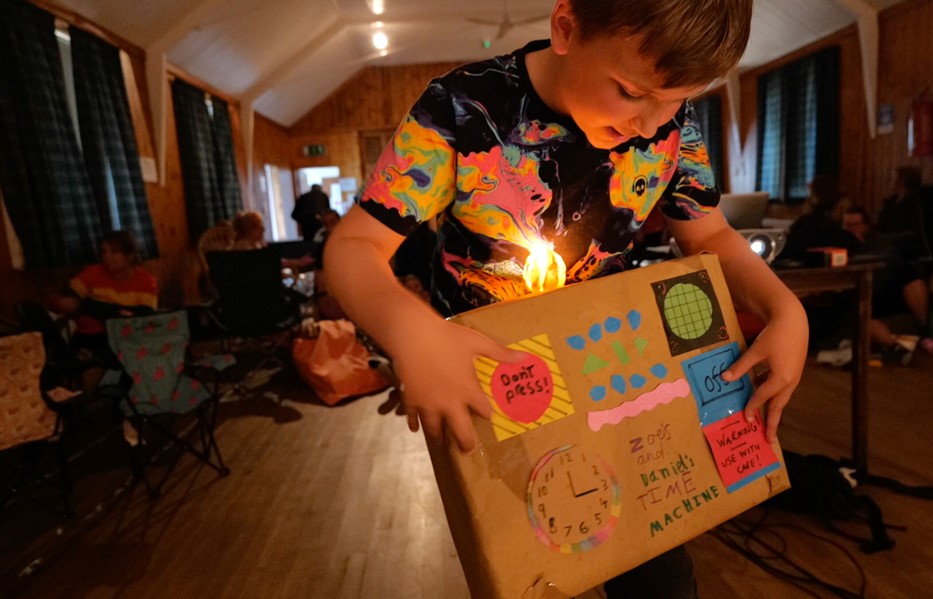 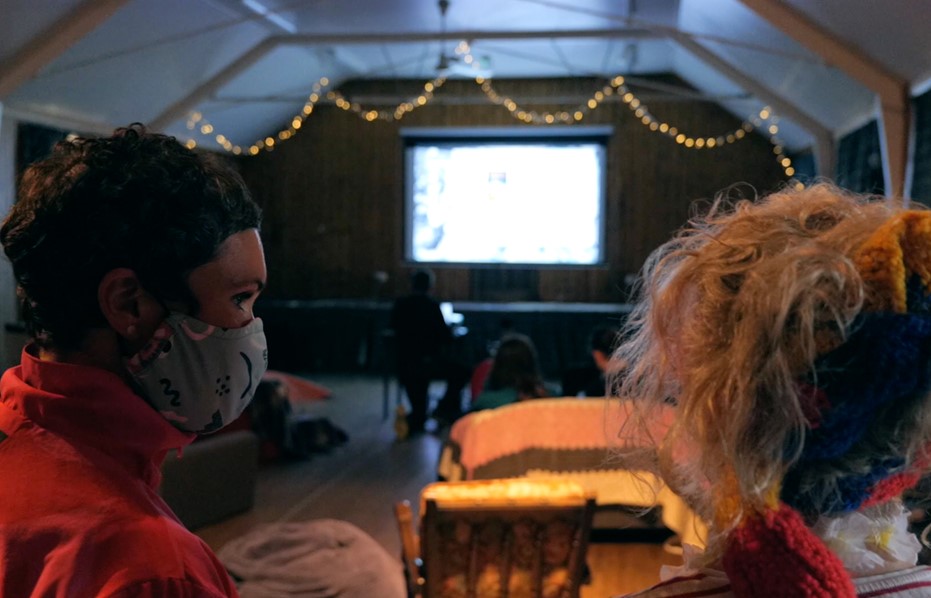 How do creatives discover what makes place and how can they investigate place making with the help of the community?

Take Flight developed a model for how artists could build collaborative practices by reflecting on and developing their understanding of their unique island setting. By listening to each other, the needs of a place, its culture, heritage and identity, Take Flight developed a microcluster approach for Jura that other islands, places and artists can use. It brought islanders together in an engaging and intimate setting post-pandemic, which allowed all generations to connect in new and socially vibrant ways through opportunities such as the film festival and workshops. This enhanced the roles for creative practitioners living on islands, which if expanded through future funding could provide sustainable support and working opportunities that strengthen place making, cultural vibrancy and community viability for such areas.

More about Take Flights can be discovered in Michaels report and viewed at our Place Makers: Microcluster Networks - Webinar Showcase.