Bobbi is an Artist/Illustrator, based in Oban, with a diverse range of interests and skills which include both working from her studio, and with community groups. She is currently learning Scottish Gaelic with Duolingo, and uses a wide range of materials: mixed media, painting, digital art, and photography. Bobbi often combines her artwork with creative writing and poetry, and has written for a number of international publications.

An interest in the ancient pilgrim routes of Argyll led Bobbi to develop this work. Exploring illuminated pages in manuscripts and studying carvings made by medieval hands.

For the Colmcille award, Bobbi has developed illuminated pages and set them within a digital manuscript. These imagine Colmcilles' journey through Argyll from Kintyre to the isle of Iona, highlighting carvings in stone found along the pilgrim route.
The mixed media pages feature both image and Gaelic text. Alongside these Bobbi's work shows a collection of samplers and pages, ink drawings and watercolours, set within a digital book presentation.

“In 2017, when I relocated from Clackmannanshire to Argyll, I first walked the pilgrim paths, visiting the many ancient sites between Kilmartin Glen and Oban, photographing and drawing the details of the carved stones. Learning about the ancients who lived and worked there. St Columba’s legacy is strong in Argyll and it shines through the landscape. The work created for Colmcille 1500 follows the journey of St Columba through Argyll to Iona. Using the art of illumination in gold to connect the work with the ancient skills of the monks who worked on the manuscripts and carvings we value today.”

“The Journey” (Watercolour, ink, gold and pearlescent medium) features St Columba leaving the  Argyll mainland for eileach na Naoimh, Holy isle of the Garvellach Isles, to pay his respects at the burial site of his mother St Eithne. This work is dedicated to the memory of my mother.

The Ink drawing, “An Encounter on the Hill of Angels” features St Columba as a dove in the wings of angels. It is said he had a meeting on Sithean mor, Fairy Hill on the isle of Iona. A young monk witnessed this meeting after secretly following St Columba to the mound. It has long been a sacred and magical place with its associations between the fairy folk and the saintly Columba.

“In These Isles a Dove Still Sings” explores the legacy of St Columba and his importance here in Argyll 1500 years later. Made using watercolour, ink, pearl medium and gold. Text for this piece was provided by Morag MacNeil.

“Ravens laugh in the ruins as nature takes back her own” (Watercolour, ink, & gold) Featuring Ogham script, This work explores the beauty of the decaying artefacts found in Kilmartin Glen, but is also a warning. The stones are broken and worn, weathered and at risk of damage which could hide their intricacy and meaning from us forever.

The video itself was created to show the details of the stones along the pilgrim trail which influenced & inspired the artworks, and to draw attention to their perilous state. Recording details now before they are lost. Gaelic translation by Marcas Mac an Tuairneir. 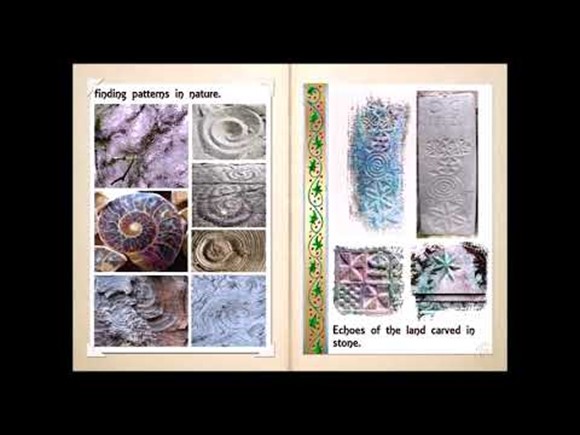 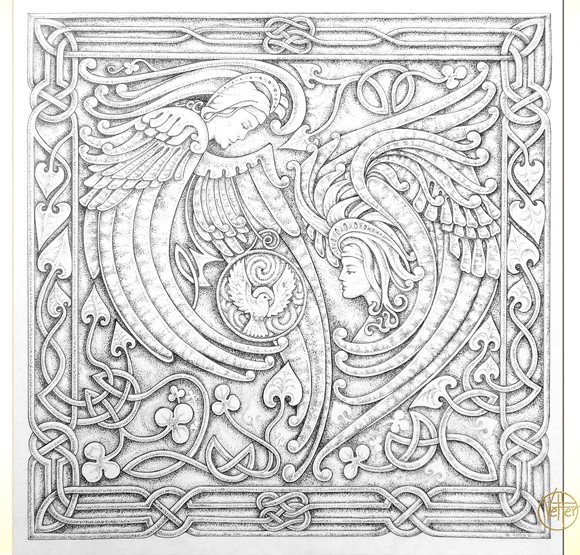 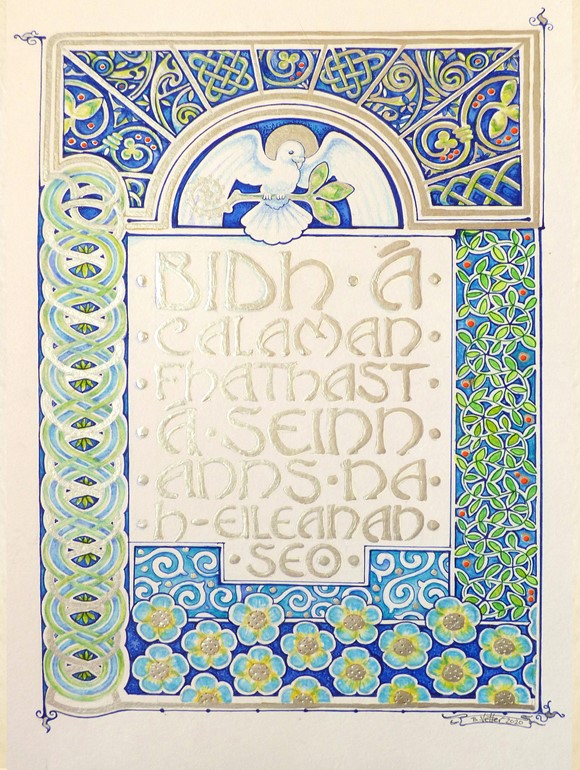 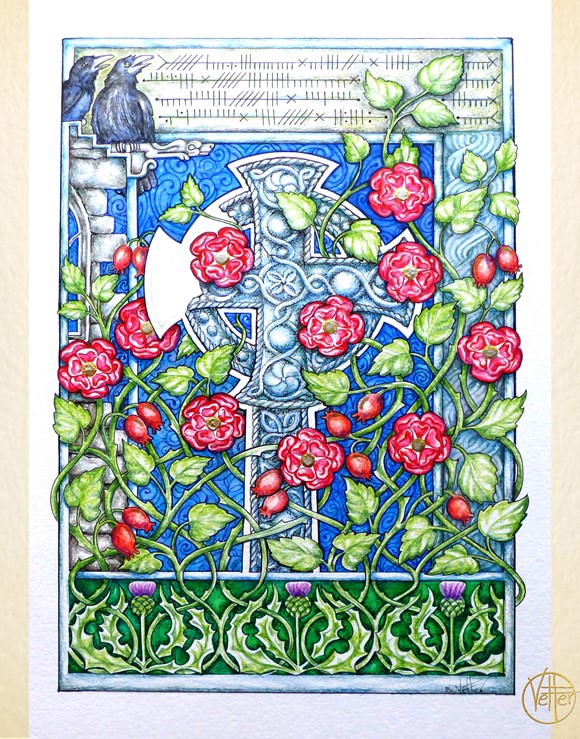 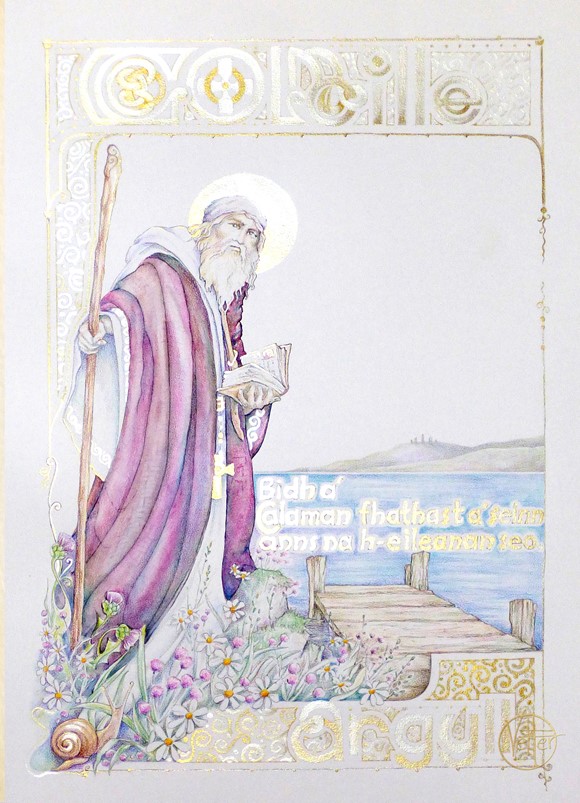 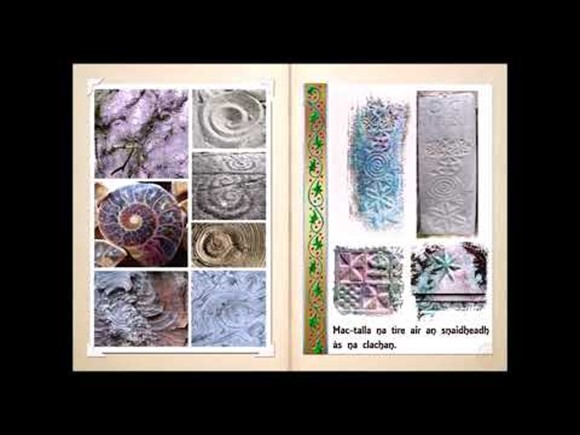