Born and raised in Connel, Argyll, Andrew Dunlop is a musician and composer interested in exploring the relationships and juxtapositions of various genres and musical styles. Equally at home at a ceilidh or on the concert platform, he received his doctorate from the Eastman School of Music, in New York.  He recently released his first duo Album, Dithis, with his sister Joy and his first volume of piano arrangements and transcriptions of Gaelic songs and melodies entitled Scottish Piano.

About his approach to the Colmcille awards, Andrew says:

‘Normally when writing or arranging a new work, I have a certain choir or group of singers in mind. However, as I was writing this piece during a pandemic when all choral singing was prohibited, I decided to begin composing and see where the arrangement took me. This has resulted in a work for 10 voices which explores the intimate relationship of consonance and dissonance or tension and release.

Within the arrangement, I wanted to reflect upon the timelessness of St. Columba’s message of Faith, Peace and Hope. An important part of the song for me was the returning refrain, or doxology  (Glory be to the Father,/ to the Son,/ And to the Holy Spirit,/ For ever and ever,/ Amen). I have kept the arrangement for these lines the same throughout the song to convey that whatever may be changing all around us,, the basic tenants and message of the Christian Faith remains eternal. I also wanted to portray the importance of the role of the sea in the life of St. Columba. There is always a sense of movement in this arrangement, from the gentle undulations of the opening to the powerful cascading waves of Amen heard as the song progresses.’

Watch the film below to see Andrew’s completed work. 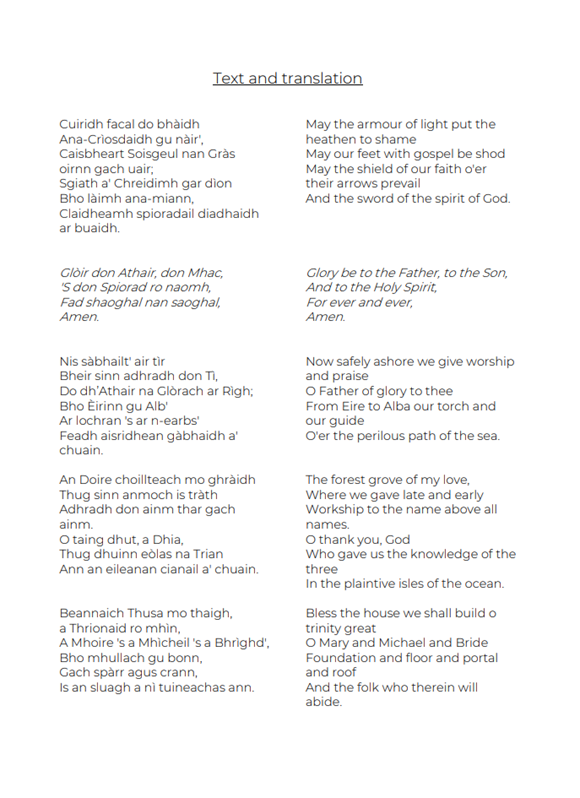 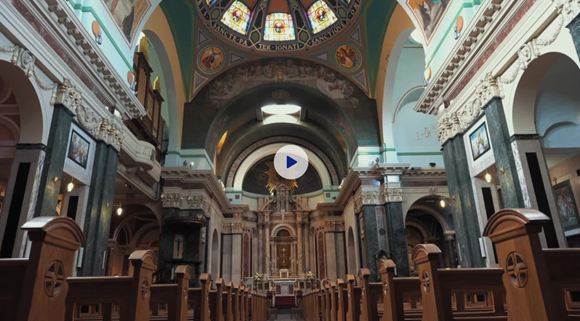